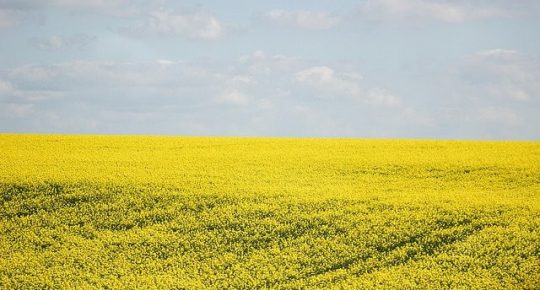 A few years ago I set out to explore the way people laughed throughout this century. With the help of several grants and hundreds of Senior Citizens between the ages of 60 and 95, I not only gained insight into the ways they laughed but also into how we today can make ourselves happier.

I started the project under two assumptions. First, things were more naive back then; life was not as fraught with violence and mayhem as it is now. Second, they were asked to recall funny incidents, jokes, and stories. After all, since laughter is such a precious commodity, I was sure it would be effortless for them to go into the safe deposit box stored in their memories and pull out a few gems to share with me.

To my surprise, however, I did not hear a great many jokes or stories. Instead, I got a view of a world gone by, described in the retelling of uncomplicated personal interactions among people. Even though environments, circumstances, finances and temperament were distinct for everyone, consistent throughout the century was the fact that joy and laughter came from sharing life experiences. The Izzy Gesell myth in my mind about “The Way We Laughed” was that there had to be an “other” who “entertained” us. What I learned was that we make ourselves laugh through mingling our life with the lives of others.

Many I spoke to referred to difficult times, the Great Depression being a major factor in their early years. As children, some ate ketchup sandwiches for dinner, many received only a potato or orange in their Christmas stockings, several used pages from the Sears catalog as toilet paper. In one neighborhood in Utica, NY, “a bottle of ginger ale in the fridge meant that family was rich”.

Often, the results of this lack of fortune were spontaneous acts of great creativity, a trait many of the interviewees felt was lacking in modern youth. Listening to the descriptions of humorous events and playful activities made me realize how true the adage, “necessity is the mother of invention”. Dolls were made from leftover cookie dough or by wrapping a dish towel around a stick of wood; A Mother’s Day greeting was arranged by spelling out, “Hi, Mother” with pebbles in a garden; scrapbooks were created out of paper bags by tearing the bags open. Paste for the pictures was flour and water; an entire village was constructed out of sticks, pebbles, and leaves. This village had horses, roads, and teepees; a red and white checked kitchen table cloth was turned sideways and used by a family as a checker board. On the reverse side of the cloth was a hand-drawn Parcheesi board.

I spoke to people from all over the country. Numerous activities crossed geographical boundaries. For example, many told similar tales about jigsaw puzzles always being out on a table in the living room or foyer. Visitors were expected to add a piece or two to the puzzle if they could.

Wherever there was winter, there were creative kids laughing. For some, skiing was the most fun. “Wasn’t that expensive?” I asked one woman. “Not if you take the staves off barrels and use them for skis,” she replied.

Skating was a very popular laugh generator. One person talked about making his own skates. I figured he had fashioned metal runners out of scrap; I was wrong. He would take a piece of cardboard, tie it on to his shoes, and glide merrily away.

Sledding was universal. Kids used flexible flyers, homemade sleds, and even a giant contraption called a “ripper” which could hold six kids at a time. That must have been something to pull up a hill! There were far fewer cars then, so sledders did not worry as much about sliding into traffic. One of the high points of my research was standing in a barn watching a 75-year-old man clear away years of dust and debris to uncover his “ripper” so I could see one for myself.

The first half of the century was a more innocent time for children, even while it was tough on the adults. Youngsters used to sit on curbs and try to guess which kind of car would be next around the bend or swing on porches and “giggle and watch people go by”. In the years before World War I, hide and seek was as popular as it is now, though with a different mind set. One young lady, 12 or 13 at the time, used to hide boys under her big black skirt. Noticing my raised eyebrows as she told the story, she chuckled, “Sex was the last thing on our mind. We were much more naive. We didn’t even know our teacher’s first name.”

As I finally got down to transcribing the tapes I realized again the value of listening to our elders. One lesson teaches that nothing is impossible to the willing mind. Another proves that even though an event may be serious at the moment it occurs, time and perspective often turn it into a humorous memory. Most of all, I learned there are acres of joyful diamonds to be mined throughout our lives and it is the sparkle of laughter that shows us where they hide.